Leading a business as an introvert can be tough. You’re expected to spend unthinkable amounts of time interacting with others, including clients and investors you’re trying to impress. Business leaders have to pitch their products and services to others and give speeches in front of large crowds. And if they want to earn their employees’ emotional trust and inspire followership, leaders need to be approachable and build relationships with people at all levels of the organization.

Do introverts have the capacity to do all of the above? The answer to that question is yes.

How many introverted leaders are there?

According to Inc., as many as 40 percent of executives describe themselves as introverted.

Since I work under two highly-effective introverted leaders, I wanted to explore this topic. What makes introverts successful in leadership?

Some might argue that Olvera and Muzquiz both have high dominance (that’s the A factor you see in the above behavioral pattern). And while high dominance people are naturally innovative and venturesome, introverts have other strengths that have nothing to do with being dominant.

One Harvard Business Review study found introverted leaders to be more effective in a “dynamic, unpredictable environment.” The study also found they tend to be good listeners who are open to other perspectives—and this can be very motivating.

But you don’t need a study to tell you that introverts make good leaders. Simply take a look around. Some of the best leaders in history are self-described introverts.

Here are five introverted business leaders who can serve as inspiration:

When Bill Gates dropped out of Harvard in 1975 to pursue growing his business, no one could imagine what the future would hold. By 1979, Microsoft was grossing a cool $2.5 million per year. Today, Gates’s company has a $600 billion market value.

Gates, a self-described introvert, is proof that introverts can run multi-billion dollar companies. His advice to aspiring introverted business leaders is twofold: surround yourself with extroverts and learn from them.

In 1955, Rosa Parks changed history when she was arrested for refusing to give up her bus seat to a white passenger. She continued making a difference in the years that followed, serving on the board of Planned Parenthood and working for U.S. Representative John Conyers. In 1987, she co-founded the Rosa and Raymond Parks Institute for Self-Development, which runs Pathways to Freedom, a bus tour that educates young people on the history of civil rights in America.

In her book, “Quiet: The Power of Introverts in a World That Can’t Stop Talking,” Susan Cain states her surprise at learning Parks had been described as quiet and shy, but with “the courage of a lion.” But, shyness and strength are not mutually exclusive.

Everyone knows Mark Zuckerberg as the billionaire founder of Facebook. But one of the most impressive things about him is his extremely high approval rating from his own employees. Workers praise the lack of barriers between higher-ups and the rest of the staff, giving employees the satisfaction that comes with knowing their opinions matter.

Zuckerberg is smart to surround himself with other senior leaders—like relationship-focused Sheryl Sandberg—whose behaviors balance out his own. Instead of insisting on doing things “his way,” he listens to her ideas and feedback.

There are many misconceptions about introverts, including that they can’t be outgoing. President Barack Obama is an example of just how untrue that is. During his time in office, President Obama routinely interacted with others, including drinking beer with a Congressional Medal of Honor recipient and dancing with outgoing Social Secretary Jeremy Bernard.

Like many introverts, Obama could socialize with the best of them. But at the end of the day, he needed some alone time to recharge. While living in the White House, he’d famously spend four to five hours in his private office every night, gathering his thoughts, responding to emails, and simply enjoying the peace and quiet.

First Lady Laura Bush was often called upon to give speeches in front of large groups. During one of those speeches, she described herself as introverted and quiet, while describing her husband as extroverted and talkative. She also praised the fun and energy he brought to her life, showing how introverts and extroverts can be great partners.

In terms of leadership, the former First Lady is known for her humanitarian work involving women’s issues, education, and literacy. Even now, a decade after leaving the White House, Mrs. Bush uses her platform to speak up about important issues.

Successful introverted leaders know how to make their personalities work for them. They listen well and value others’ perspectives. They stretch themselves to build relationships for the good of the business. And they surround themselves with others whose behavioral drives complement their own.

As long as you schedule time to recharge, and make a conscious effort to let others know you value them, you’ll find that you can achieve anything you set your mind to. 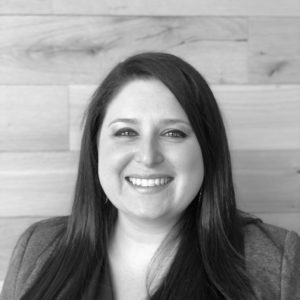 Victoria is the VP of customer success and user ops at PI. She has traveled to 40 countries and was born in Minsk, Belarus. 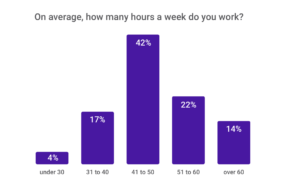