For seven days and counting, Americans have walked city streets in anguish and anger, shouting until their throats were hoarse. The tipping point for these protests has made headlines here and around the world. George Floyd, a black man, was killed in Minneapolis by Derek Chauvin, a white cop.

You don’t need to imagine the injustices black Americans face every day. You just see it, online or televised in the news. One day, a woman in Central Park calls and weaponizes 911 after a man asks her to leash her dog. Another day, a grandmother shields her grandson from armed police because he feared for his life.

Time after time, the hashtag #LivingWhileBlack goes viral, proving just how difficult it is for black people to do what others take for granted. And far too often, these “difficulties” result in unarmed, unprovoked deaths.

So last Friday, when PI employees might normally be excited for the weekend and some warm weather, most of us just felt drained. After weeks of navigating a global pandemic and economic crisis, you’d think things couldn’t get worse. And yet, you’d be wrong.

The sounds of protest rang across television and social media. I tried to focus on my work, but the focus did not come. My mother and her family are black. A cousin was out protesting. What would happen next?

As I grappled with my feelings, I tuned into PI TV, our weekly (virtual) all-company meeting. I’d expected to hear a few words about the week’s events. But I also knew it’d be hard for our executive team to address a topic like racism in a brief, mid-afternoon video call.

What followed absolutely floored me.

A symbol of solidarity

Prior to the meeting, our creative team had designed PI Reference Profile Zoom backgrounds for our executives to use.

My screen lit up with bright shades of blue and purple. But there was one exception: a black background with the words “I can’t breathe” repeated five times. Looking closer, I identified the person with the bold background.

It was Mike Zani, CEO of The Predictive Index. 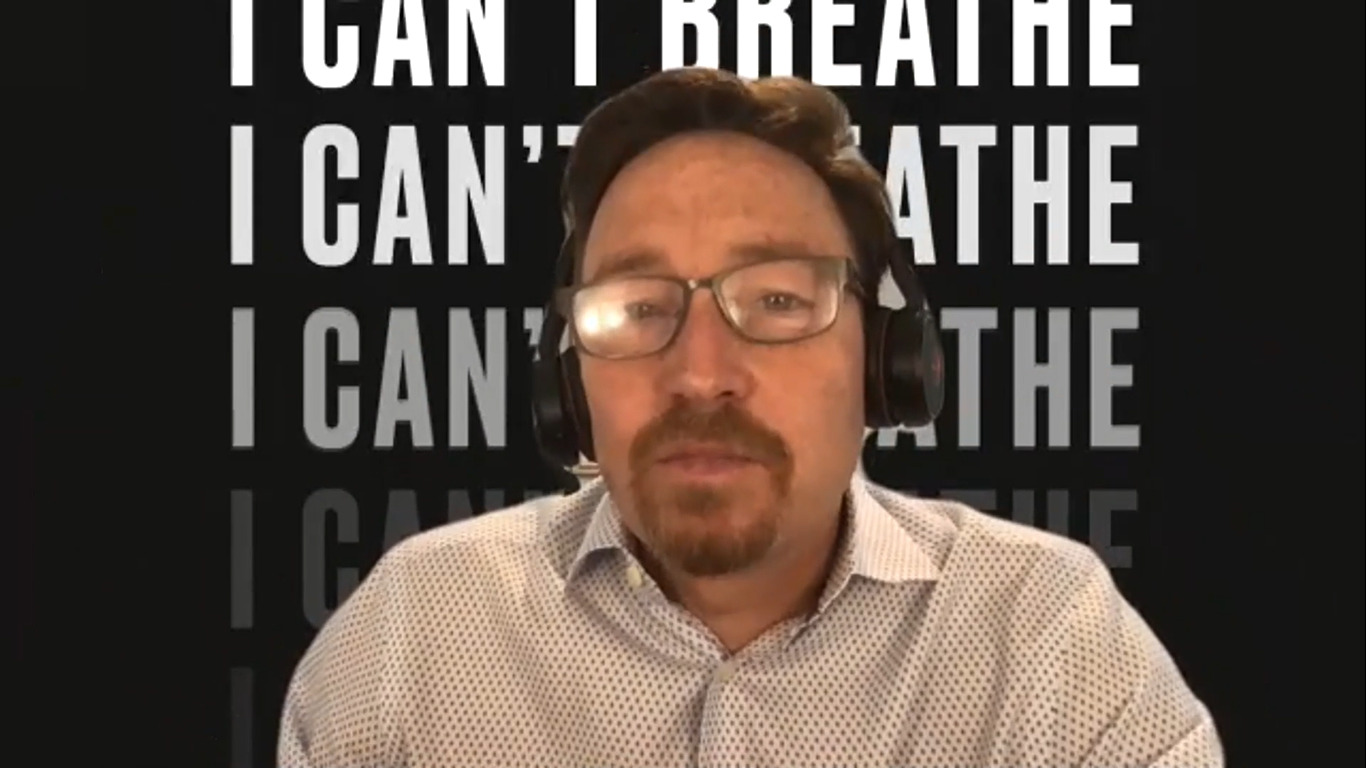 It was a small gesture, but one that says so much about Zani’s character and our organization’s culture. Where other companies may avoid the subject matter of this past week entirely, PI made its stance loud and clear. Black Lives Matter.

During the call, Zani would go on to name many of the issues our society currently faces. Racism, police brutality, income inequality, and education reform.

Above all, Zani stressed the importance of letting your voice be heard. This includes protesting for change, hard as it may be, and seeing it happen by going to the polls.

But before any of this, Zani made sure to let another voice speak.

Maribel Olvera, our SVP of Operations, is an Ecuadorian immigrant. During Friday’s call, Olvera answered a question submitted by one of our employees. The prompt asked her to share her thoughts on the cycle of racially motivated killings in the U.S.

Olvera started by saying, “Thank you.” She was glad someone had posed the question to the team. Next, she took a moment to address the names of those lost in just a few short months. Ahmaud Arbery, Breonna Taylor, Tony McDade, George Floyd. She continued, “If we don’t say the names of the victims, if we don’t have the conversations, then we’re part of the problem.”

She recalled a sad truth. As Will Smith put it back in 2016, “Racism is not getting worse, it’s getting filmed.” On the bright side, social media is helping to hold people accountable. It’s making them pause and think about their actions. But for Derek Chauvin, Amy Cooper, and others, it’s hardly a deterrent.

So why, then, do people protest? According to Olvera, she and her friends demonstrated in college when they felt they weren’t being heard. This echoes the words of Martin Luther King, Jr.:

Listening to their voices

As we reflected on her words, Olvera gave us a call to action: “If you’ve been blessed to have someone in your life who’s different from you, approach them with empathy. Give them the opportunity to talk about their challenges, as these may be different than yours.”

Olvera used her own background as an example. Her husband comes from a white, southern family. Whenever she’d visit them, they’d be “surprised” by her cultural idiosyncrasies.

It would be a comment on the food she’d eat. Or, it would be a reaction to the timbre in her voice as she spoke in Spanish. Before long, she began asking herself, “Are they being racist?”

The answer, Olvera decided, was “no.” No, her in-laws weren’t racist. They’d simply never seen someone who likes the food she likes, or talks the way she talks. They didn’t know her customs and traditions, and they were less informed because of it.

As she put it, “It wasn’t racism; it was ignorance.”

Olvera’s hope for the future is a simple one. As she wrapped up, she challenged all of us at PI to seek out those who are different. In spite of those differences, there’s always more in common than not. And the sooner we as people can learn that, the better off we’ll be.

“Tolerance, and listening to people—listening to their natural voices—is going to take us a long way,” said Olvera. “And that’s how you make a change today.” 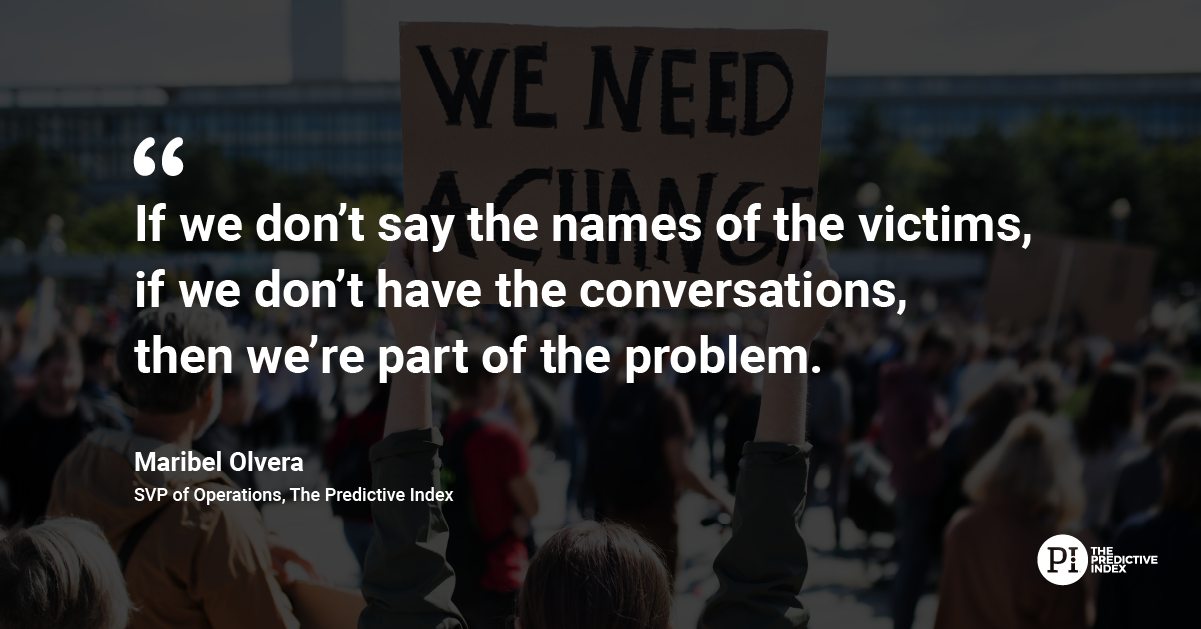 Today, we at PI are listening, and we’re responding. And we’ll continue to do so tomorrow, the day after, and in the weeks and months that follow. This can’t be something that goes away once the hashtag stops trending. It’s time to hear those who are suffering and see lasting change through.

Leaders: If you haven’t already spoken out against racial violence and injustice, now is the time. To be silent is to be complicit. We owe it to those in need to be an ally, and help foster a society in which everyone is equal, regardless of background or complexion.

Here are some resources and ways you can show your support: 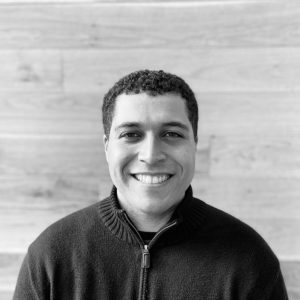 David is a content writer and editor at PI. He loves Broadway and the Boston Celtics! 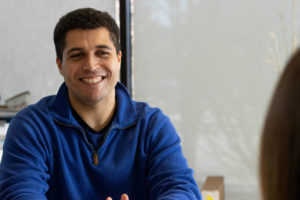 How to have honest DEI discussions 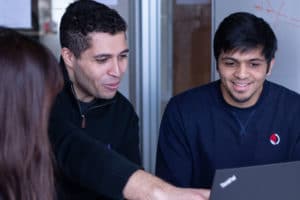 How to further DEI efforts with limited funding 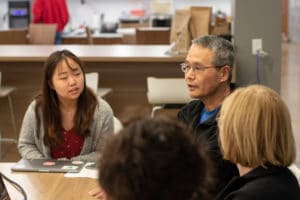