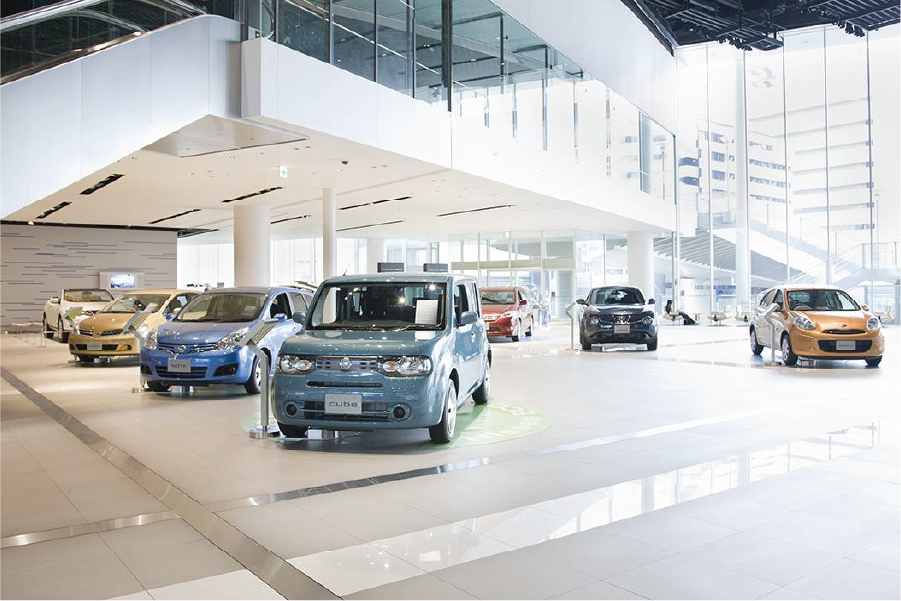 Founded in Japan in 1933, Nissan is one of the world’s leading automobile manufacturers, selling over 5 million vehicles each year. With more than 140,000 employees worldwide and an estimated $108 billion in annual sales, Nissan is a powerhouse in the automotive industry but is a leader in other categories as well. Not only is Nissan one of the largest producers of electric vehicles, Forbes has also recognized the company on its lists of the World’s Top Regarded Companies, World’s Most Valuable Brands, and America’s Best Employers by State.

Despite its prominence and market share, Nissan was faced with growing competition and rapid industry innovations. The leadership team knew they needed to critically invest in their North American field sales team to meet business goals. In order to predict, codify, and replicate sales success, they set out to uncover the factors correlated to successful sales representatives. The team appointed Joan Jones, a senior manager and 27-year Nissan veteran, to lead the charge of training the field sales team. Jones created The Field Sales Academy, through which she sought to:

Jones sought to bring the same caliber of metrics-based insights that Nissan implemented in other areas of the business to their processes and talent strategy. With ambitious revenue goals to meet, using data to predict sales performance was key.

Jones began working with MindWire, a PI Certified Partner, to incorporate The Predictive Index® Inspire solution into her Field Sales Academy. Nissan had been using PI’s Hire solution for more than a decade—but until this point, the automaker hadn’t explored PI’s robust suite of talent optimization tools.

After the three Job Targets were created, all 253 existing DOM, FOM, and FSM employees took the PI Behavioral Assessment™. Jones compared their behavioral patterns to the Job Targets and categorized employees into three groups—close matches, moderate matches, and poor matches—based on how closely they aligned with the Job Targets. This allowed her to recognize her top performers and identify employees who needed more intensive training and manager attention in order to improve productivity.

After just six months, Jones was able to prove the accuracy and predictability of the Job Targets she established. She saw that the top tiers of performers from the field sales team, as identified by the Job Target matching, were collectively selling 106% to 116% over quota. Of those top performers, 80% were close matches and 20% were moderate. None of the top-performing employees were poor matches.

Jones proved that Job Target match was correlated with high on-the-job performance, but knew the real issue and opportunity for impactful change was with the lowest performing field sales representatives. Low performing employees were selling at just 80% of their objective goals, and of those, 70% were poor or moderate matches to the Job Targets. The clear, directional results begged the question—how much revenue was lost due to poor matches and underperformance?

Empowered by these metrics, Jones made a strong case to her human resources team that PI was a necessary component of hiring and success for the sales team. Once the team saw the data firsthand, they quickly incorporated the PI Behavioral Assessment and Job Targets to guide all hiring and employee development processes.

“PI protects the manager from making a bad hiring decision and protects the individual from poor performance,” said Jones. “PI has given me a quantifiable and sustainable approach to predict sales performance.”

PI protects the manager from making a bad hiring decision and protects the individual from poor performance. PI has given me a quantifiable and sustainable approach to predict sales performance.
Joan Jones
Senior Manager

Ready right now?
Pick a time for my demo