The 2016 US Presidential Election is arguably one of the most contested and divisive election campaign cycles ever witnessed. Regardless of which polls you look at, things have tightened leaving the US electorate pretty well split between Democratic Presidential Nominee, Hillary Clinton and Republican Nominee, Donald Trump…and a few others vying for third and fourth party candidates.

Since we spend most days talking about and teaching others how to predict workplace behaviors at The Predictive Index (PI), it had us thinking – policy preferences and character judgments aside, does the electorate differ on the behavioral factors they think are critical to successfully serve as Commander-in-Chief?

To answer this question, the PI Science team developed a replica of PI’s Job Assessment, which allows multiple stakeholders to determine the ideal behavioral pattern needed to succeed in a roll, considering the competencies needed to perform well in the job and in the context of the environment. We then invited a random sampling across our company, network, and social communities to take the free-choice assessment, which takes about 10 minutes to complete.

Although our sample of 44 respondents is not large and the data skews pro-Hillary (64% leaning Clinton and 16% leaning Trump), the data shows that regardless of your political leanings, the behaviors a great President of the United States (POTUS) needs to perform at their best are potentially one of the only things we can likely agree on.

The output of the PI Job Assessment is a behavioral job pattern. As shown below, the job of POTUS, as rated by the PI Job Assessment respondents, is an Authoritative Management pattern. This job pattern did not vary one bit between Pro-Trump and Pro-Clinton supporters – that is to say respondents’ voting preferences had very little impact on how they rated the behavioral requirements of the job.

What behavioral attributes do we all think are needed to be an effective President of the United States? Based on the PI Job Pattern shown below, the US electorate thinks that a good POTUS should be:

PI Behavioral Patterns allow us to see an individual’s core behavioral drives (A – Dominance; B – Extraversion; C – Patience; and D – Formality), realize needs created by those drives, and therefore predict behavior.  If the PI Job Pattern above were an actual person’s pattern, their highest Dominance (A) factor tells us that they will want to put their mark on projects and assert themselves in situations. They will likely be competitive and sometimes aggressive. Their lowest Patience (C) factor tells us that they are quite impatient, with little drive for process, and prefer to get things done quickly. Their higher Extraversion (B) factors tells us that they are sociable and prefer to talk things through. Their lower Formality (D) factor tells us they are not driven by rules, structure, and detail. They can be details-oriented when necessary, but would rather not have to conform to rules and would likely prefer a few bullets over a long-winded write-up. You can learn more about the Science of PI if you are interested in how this all works.

Do you think this Job Pattern for POTUS is spot-on? What would you change about it? Which Presidential Nominee do you think best aligns with it? 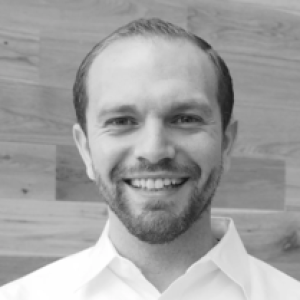 Drew is the SVP of sales and marketing at PI.